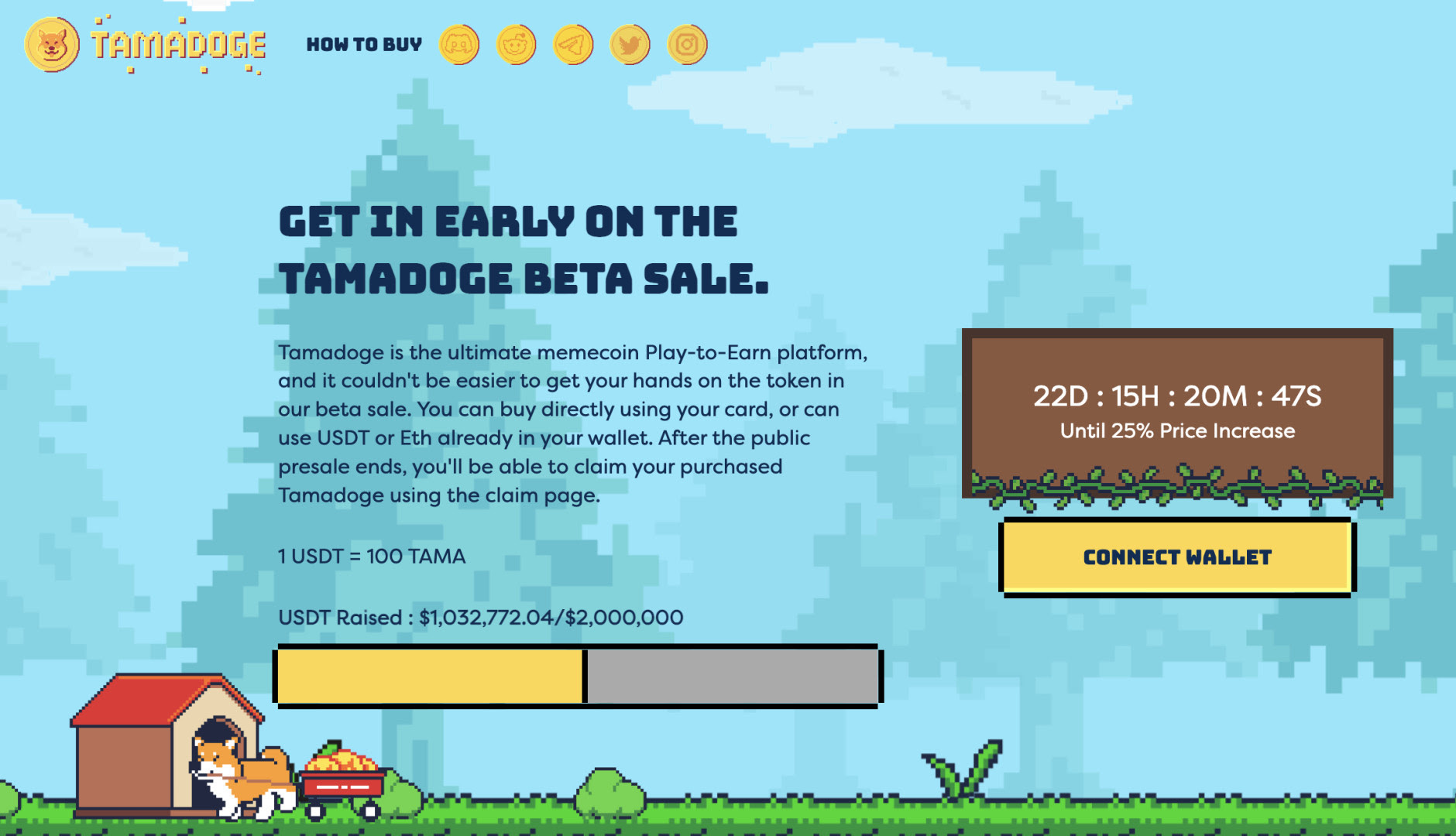 After 12 days of its beta sale, Tamadoge, the P2E metaverse meme coin, has raised $1 million. When the $2 million hard cap is reached, the beta sale will end before it is supposed to on August 31. It started on July 25. The TAMA token will be listed on the LBank exchange after the presale is over.

Tamadoge, unlike most meme coins,’ has been created with actual practicality in mind. It serves as the in-game currency for a platform with Tamadoge virtual pets. Tamadoges can be battled, bred, and levelled up by their owners. The app’s mobile “battle” beta release is anticipated for Q4 2022.

To build out its play-to-earn GameFi ecosystem, Tamadoge hopes to raise $10 million, of which $2 million will come from the ongoing beta sale, in which 1 TAMA can be purchased for 0.01 USDT (ETH and fiat currency are also accepted). The second phase of the public sale will start in September, and the token price will increase by 25%. Because regular investors can participate in the current beta sale with a minimum purchase of just $10 and no maximum, it is an open private sale. It is sometimes referred to as a “fair sale.” The presale offers the opportunity to purchase half of the 2 billion TAMA tokens that are available. Tamadoge is fair because there is no private sale and no vesting period for presale buyers.

NFTs are used by Tamadoge, each of which stands for a virtual pet. Pet owners are responsible for raising their animals from infancy through adulthood. As the Tamadoge matures, it gains more power and abilities, and as it climbs the leaderboard, it can engage in combat with other pets. Players can purchase food, clothing, and cosmetics for their pets in the Tamadoge Store. They will receive more Dogepoint rewards if they care better for their animal.

NFTs have made in-game assets easily tradable as assets with unique values. Transaction fees from retail sales finance the Dogepoint rewards programme. TAMA is also deflationary, supporting the token price and ensuring that the rewards pool is independent of speculation.

Tamadoge was created with Play-to-Earn in mind, learning from the shortcomings of earlier P2E games. Many of these received criticism for their boring gameplay and lack of skill, which made getting rewards difficult and tedious. To implement its virtual reality vision, Tamadoge will look to investigate partnerships with current metaverse platforms early in 2019. Each pet will presumably have a 3D avatar version that can be plugged into virtual worlds on several different media already in use. Tamadoge is creating a platform-independent ecosystem because they think that interoperability and extensibility are crucial for the success of the metaverse.